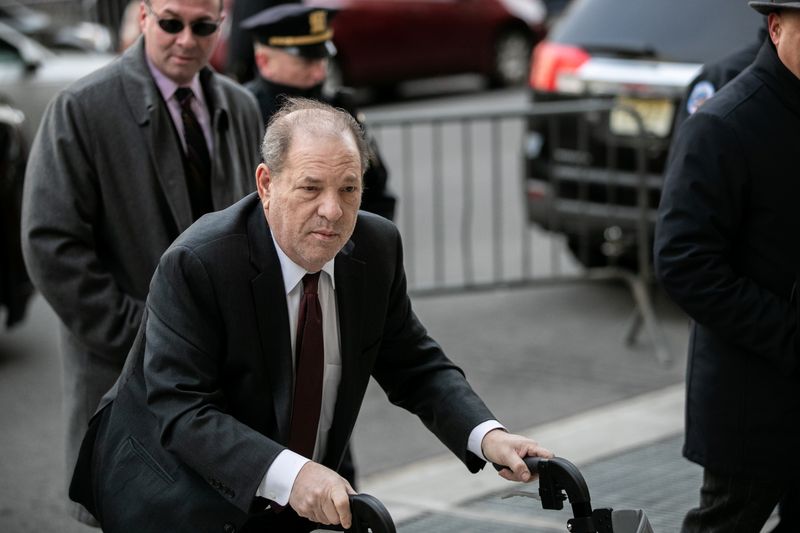 The seven men and five women began their discussions Tuesday. They have taken a methodical approach in their deliberations during their first two days, asking to review testimony and evidence relating to two of his accusers.

Weinstein, 67, has pleaded not guilty to sexually assaulting the production assistant, Mimi Haleyi in 2006, and raping Jessica Mann, a former aspiring actress, in 2013.

Since 2017, more than 80 women have accused Weinstein of sexual misconduct, fueling the #MeToo movement. Weinstein, whose films include “The English Patient” and “Shakespeare in Love,” has denied the allegations and said any sexual encounters were consensual.

Jurors on Wednesday reviewed parts of Haleyi’s testimony, as well as emails between her and Weinstein and emails from Weinstein mentioning her.

Haleyi, who was a production assistant on the fashion reality show “Project Runway,” testified that Weinstein lunged at her in his New York home in 2006, backing her into a bedroom and forcing oral sex on her.

The jurors have also asked for emails related to actress Annabella Sciorra, who testified that Weinstein entered her New York apartment one winter night in 1993 or 1994 and raped her. The accusation is too old to be charged as a separate crime, but it could act as an aggravating factor to support a predatory sexual assault charge, which carries a potential life sentence.

On Wednesday they reviewed testimony from actress Rosie Perez, who corroborated Sciorra’s story during the trial. Perez said Sciorra told her about the alleged attack after it happened.

They also asked for text messages sent to Weinstein by Paul Feldsher, a onetime friend of Sciorra, who testified that Sciorra had told him she had a sexual encounter with Weinstein and did not say it was rape.

Under cross-examination, he admitted sending texts to Weinstein in which he called Sciorra “an asshole” and Weinstein’s accusers in general a “dog pile of actresses who are suddenly brave.”

The jurors’ requests suggest they have been considering the first of five counts against Weinstein, which involves Haleyi and Sciorra.