India to purchase over $3 billion defense equipment from U.S. 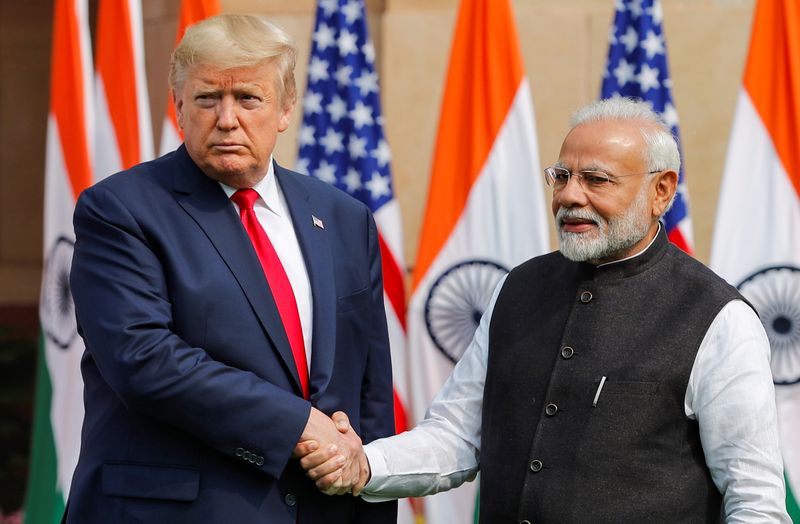 NEW DELHI (Reuters) – India will buy defense equipment worth more than $3 billion from the United States, President Donald Trump said on Monday, the second day of his two-day visit to the South Asian nation.

The United States was working productively with Pakistan to counter terrorism on its soil, Trump said at a joint press conference with Indian Prime Minister Narendra Modi in capital New Delhi.

New Delhi and Washington are yet to sign a trade deal, but the two countries would begin talks to strike a comprehensive agreement, Trump and Modi said.

Trump also said he discussed with Modi, whom he calls his “dear friend”, the importance of a secure 5G telecoms network in India, ahead of a planned airwaves auction by the country.

The United States has banned Huawei, arguing the use of its kit creates the potential for espionage by China – a claim denied by Huawei and Beijing – but India, where telecoms companies have long used network gear from the Chinese firm, is yet to make a call.

(This story corrects lede to say Trump is visiting India for two days not three.)