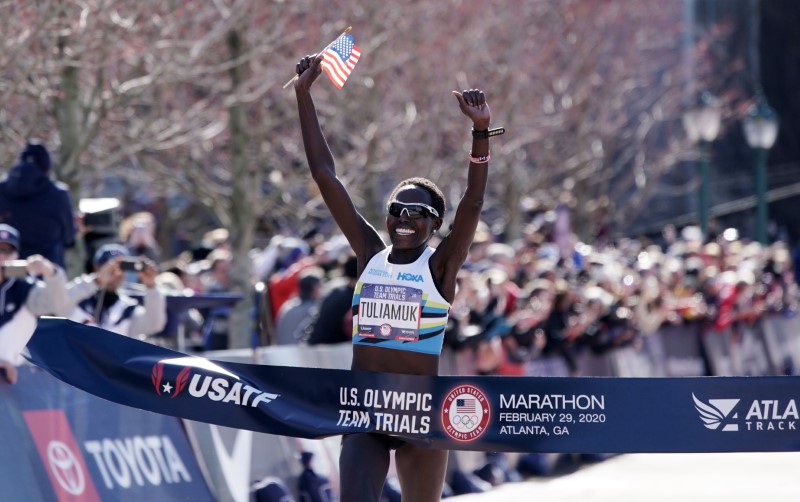 The 33-year-old dominated the final 11 miles as he won in two hours, nine minutes and 20 seconds in chilly and windy conditions on a hilly downtown Atlanta course.

“It’s incredible,” Rupp told NBC Sports. “I feel relief almost more than anything. It’s been a really long year and a half, but I can’t tell you how happy I am.”

Jake Riley, who also underwent Achilles surgery in 2018, claimed second in a personal best 2:10.02 with 43-year-old Kenyan-born Abdi Abdirahman stunningly third just a second adrift from Riley as they made the American team for the Tokyo Olympics.

In a much closer women’s race, Kenyan-born American Alphine Tuliamuk, 30, won in 2:27:23 with 25-year-old Molly Seidel eight seconds behind in her first marathon.