Coronavirus has prompted a surge in corn prices in China, even as the pandemic has hammered global demand for the crop, resulting in a speculative frenzy and a problem for policymakers.

Corn futures traded in Dalian have risen about 20 per cent since Covid-19 began spreading in China in February. Over the same period, prices for US corn futures have fallen 12 per cent.

The jump has pushed food inflation in China into double-digits, an uncomfortably high level for Beijing, in recent months. It has also piled pressure on the country, the world’s second-largest corn consumer, to boost imports that have been hit by the global health crisis and tensions with Washington.

“There is not much Beijing could do to dampen corn prices other than buying more crops from abroad,” said Zou Jun, an analyst at Sublime China Information, a consultancy.

Traders in China said corn prices have been boosted by a 90 per cent plunge in government stockpiles in recent years as Beijing has tried to reduce the role of the state in the buying and selling of the crop.

There is plenty of room for corn prices to rise further

Some analysts believe that at the current rate government reserves may run out as soon as the end of August.

Tight supply has led to rampant speculation by traders, which have been able to borrow cheaply as a result of China’s monetary easing, and hoard the crop.

Qi Shaoyu, a corn trader in the northeastern province of Jilin, has boosted his inventory more than fivefold since the pandemic started. He did so using a Rmb50m ($7m), one-year loan.

“There is plenty of room for corn prices to rise further,” said Mr Qi, who claims his bet has so far returned Rmb14m on paper.

Speculators have drawn the ire of Beijing. The Ministry of Agriculture and Rural Affairs said this month that it was “not appropriate” for traders to hoard the commodity. State media has also urged authorities to crack down “severely” on speculation. 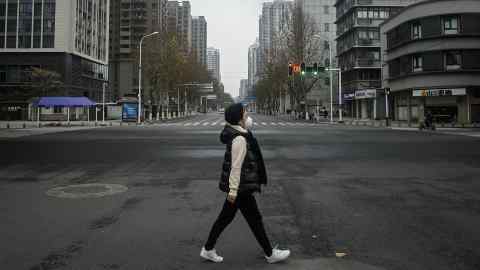 But some analysts point to signs that the rally may not last. Demand for pig feed, in which corn is an important ingredient, remains weak as China’s hog herds struggle to recover from an outbreak of African Swine Fever.

SCI estimates that the country’s pig population is at least a third smaller that it was before the disease emerged in 2018. Further outbreaks would slow any recovery.

“How can pig feed consumption rise when [the] hog herd is so low?” asked an executive at Nongyou Industrial Co, a livestock feed maker in central Jiangxi province whose sales fell 30 per cent in the first half of the year. The executive wished to remain anonymous.

Companies that use corn to make other products are also struggling. An official at Xiwang Group, a corn processor in eastern Shandong province, said demand for sugar and MSG had been hit by restaurant closures because of Covid-19. “It will be a long time before we make a full recovery,” he said.

Some speculators are aware of risks. “I have profited well from the arbitrage,” said Mr Qi, the corn trader, who plans to sell down his inventory. “The key now is to figure out when to exit.”